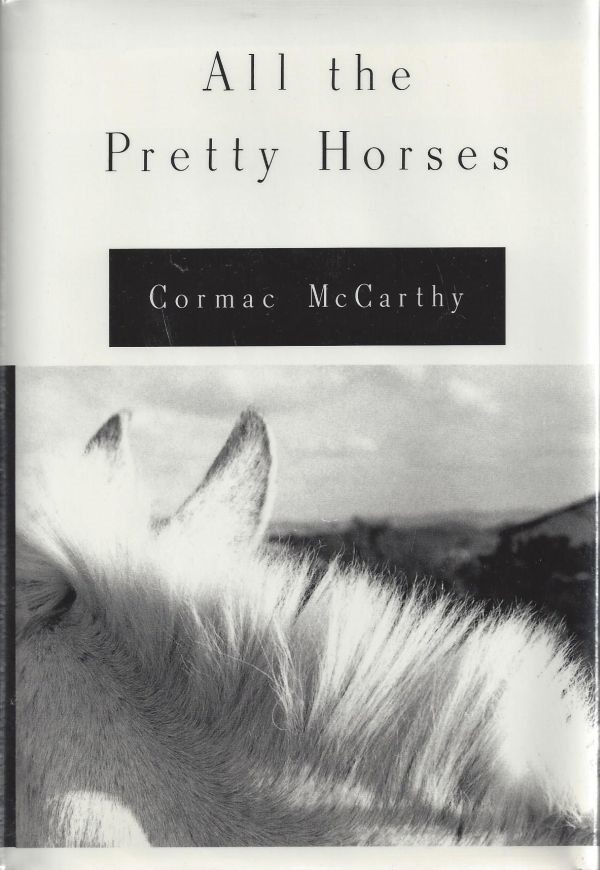 This book taught me about the musical possibilities of the English language: that the sound and rhythm of words on a page could take on an almost symphonic-like power in the hands of a master.

I first read “All The Pretty Horses” as a senior in high school. It was a Christmas gift from a close family-friend — thank you, Mrs. Stacie — who strongly felt that I should read it before going off to college. I’ve returned to it many times since.

The soaring nature of the language ignited something in me that had only been lit by music up to that point, on songs like “Mr. Tambourine Man,” “Thunder Road” and the video for “November Rain,” when Slash is in the desert alone with his Les Paul, ampless in front of a white chapel.

It was never my dream to just “stick around,” and perhaps this book also spoke to a maladaptive sense of wanderlust. Part of me always wanted to wander the earth like my partial-namesake Kwai Chang Caine in the ’70s tv show “Kung-Fu.” But it was not to be.

In the book there are the brilliant evocations of the land and wildlife and a long disquisition on the history of Mexico (“They kicked [Francisco Madero’s] dead body and spat upon it. One of them pried out his artificial eye and it was passed among the crowd as a curiosity.), as well as a reckoning with the fragility of our relationship with our sister republic. McCarthy’s vision of the world can be incredibly dark but it is punctuated with flashes of breathtaking beauty.

“He thought that the world’s heart beat at some terrible cost and that the world’spain and its beauty moved in a relationship of diverging equity and that in this headlong deficit the blood of multitudes might ultimately be exacted for the vision of a single flower.”